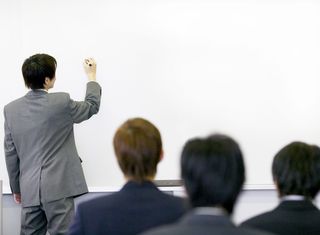 “A recent Pennsylvania Supreme Court case clarified the ability of the beneficiaries of a trust to remove a corporate trustee.”

The Pennsylvania Supreme Court unanimously refused to permit the beneficiaries of an irrevocable trust to remove a trustee through the general provisions of the Pennsylvania Uniform Trust Act (UTA).

In the case of “Trust Under Agreement Of Edward Winslow Taylor Appeal Of: Wells Fargo Bank,” Edward Taylor, the settlor, established a trust in February 1928. It was amended later in 1928 and in 1930. It was created to care for his daughter Anna and her children living at the time.

The trust is irrevocable and terminates in 2028. The trust executed in 1928 allowed the corporate trustee, in its judgment, to deplete the principal for the benefit of Anna or her children. But the 1930 amendment eliminated that power and provided only for the distribution of income. The trustees have common powers over trust management, including discretion regarding investments.

The 1928 version of the trust stated that disputes would be resolved by arbitration.  However, the 1930 amendment removed that requirement. The trust states that if the corporate trustee position becomes vacant “as a result of the resignation, removal or inability to act,” the settlor (if alive) or the beneficiary had the authority to appoint a new one. The only limitation was that the new trustee “shall be a recognized banking institution in the City of Philadelphia, Pennsylvania.”

The beneficiaries argued that Wells Fargo created a conflict in different sections of the law that doesn’t exist. They also said the bank misused the rules of statutory interpretation to thwart the clearly stated intentions of the legislature. They argued that the two provisions address different trust issues.  One permits modification of the trust agreement to provide beneficiaries with the flexibility to replace a trustee at some future date. The other lets a court replace a trustee immediately, based upon certain present facts and circumstances.

The Pennsylvania Supreme Court held that the specific provisions of the UTA dealing with a removal of a trustee had to be followed. In this case, the beneficiaries tried to remove a corporate trustee with a two-step process to remove the bank as a corporate trustee. The Court agreed with the analysis proposed by the beneficiaries and favored the specific provisions of the UTA, which has strict requirements for the removal or replacement of a trustee.

The Court said an ambiguity exists necessitating the application of the canons of statutory construction to ascertain the intent of the General Assembly. It held that that courts should consider the following factors when determining whether a current trustee or a proposed successor trustee best serves the interests of the beneficiaries:

The Supreme Court concluded that the scope of section 7740.1 of the UTA doesn’t extend to the modification of trust agreements to permit the removal and replacement of trustees. Instead, as the UTC comment to section 7740.1 reflects, section 7766 of the UTA is the “exclusive provision regarding removal of trustees.” As a result, the Superior Court’s decision was reversed.