« Here’s More Insight into Why Estate Planning is Critical | Main | What Should I Think About Before the Baby Comes? » 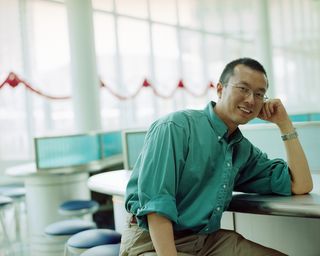 “O’Hara used a steady stream of his mother’s income from Social Security and other investments ‘to pay for personal expenses, including cell phone plans, credit card payments, youth soccer fees and entertainment,’ the indictment said.”

For nearly four years, John Jerome O’Hara took charge of his mother’s care at a Kentucky nursing home. She suffered from Alzheimer’s disease.

O’Hara gained power of attorney over her affairs in June 2014. He was expected to manage thousands of dollars in income a month. In addition, O’Hara was supposed to use that income for his mom’s living expenses at Wesley Manor in Louisville.

However, reports The Washington Post in the article “He had power of attorney over his Alzheimer’s-afflicted mother—and stole $332,000, grand jury says,” for nearly four years, O’Hara robbed his mother instead. The charges contained 18 counts—ten of bank fraud, four of wire fraud and four of “access device fraud.”

The charges carry a maximum of several lifetimes in prison, the indictment said.

Each bank fraud count carries a maximum of 30 years in prison. In addition, there’s the potential for hefty fines and restitution.

O’Hara took the funds, in part, by writing checks to himself, according to the indictment.

He also wrote checks out to cash or signed “POA” for power of attorney. He withdrew money from her bank accounts to use for his expenses, prosecutors allege.

O’Hara’s alleged theft left a trail of financial distress, which was clear to investigators. Most significantly, he failed to pay his mother’s living expenses, the indictment said. This forced other family members to pay more than $100,000 to keep her cared for at the nursing home.

In addition, O’Hara left other obligations unpaid. He missed mortgage payments at his mother’s home in Lexington, the indictment said, and the home was foreclosed in March, as a result.

Reference: The Washington Post (December 9, 2018) “He had power of attorney over his Alzheimer’s-afflicted mother—and stole $332,000, grand jury says”