« What Exactly is Long-Term Care Insurance? | Main | What States are Most Concerned with End-of-Life Issues? »

Why Did the Hawaii Attorney General Oppose a Change to the Trust of a Hawaiian Princess? 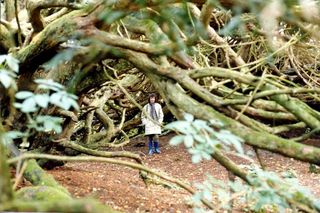 “The Hawaii attorney general opposed a change that a 92-year-old Native Hawaiian princess has made to her trust, to ensure her wife receives $40 million and all her personal property.”

Attorney General Russell Suzuki claimed in a court filing that 92-year-old Native Hawaiian princess Abigail Kawananakoa's amendment to her trust is too complex and invalid based on a prior court ruling, according to The Honolulu Star-Advertiser.

The Clay Center Dispatch reports in the recent article, “Attorney general opposes Hawaiian princess' trust amendment,” that Judge Robert Browning ruled last fall that Kawananakoa doesn’t have the mental capacity to manage her $215 million trust, after she suffered a stroke in 2017. The judge appointed First Hawaiian Bank to serve as trustee and removed Jim Wright, her longtime attorney who stepped in as trustee following her stroke.

Kawananakoa has indicated that she is feeling okay. She fired attorney Wright and then married Veronica Gail Worth—her girlfriend of 20 years.

Kawananakoa is considered a princess, because she is a descendant of the family that ruled the islands before the overthrow of the Hawaiian Kingdom in 1893.

The princess inherited her wealth as the great-granddaughter of James Campbell, an Irish businessman who made his fortune as a sugar plantation owner and one of the state’s largest landowners.

"I will not contribute any further assets to that foundation because I do not want those individuals having anything to do with my trust, my estate and any charitable gifts I make during my lifetime or at my passing," she said in the amended trust.

Her current foundation has requested a judge to appoint a guardian for Kawananakoa.

In his filing, Attorney General Suzuki wrote that the proposed changes will substantially alter the estate plan Kawananakoa executed before her mental capacity came into question.

In this case, the state represents the public interest in the protection of the trust's charitable assets, Suzuki said.

A court hearing on the trust amendment is scheduled for next month. When you start thinking about making changes to your Trust, it is important to speak to an experienced attorney, to make sure you understand what the change may entail and what you may need to do to accomplish your desires. Call Rowley Law today to schedule an appointment, 847-490-5330.