« Ten Reasons to Think About Estate Planning | Main | Now that You’re a Grown-up, Get Serious About Protecting Your Assets »

Does Your Will Contain a Titanic Clause? 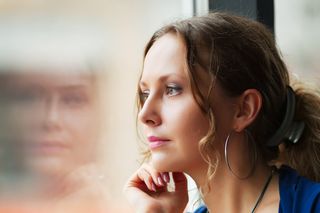 “What happens if your primary or contingent beneficiary dies immediately before you do, or at the same time that you do?”

When the Titanic sank in the North Atlantic, one issue it raised was how to handle the estates of married couples who refused to part as the ship went down. Some wives opted to stay with their husbands on board, instead of getting into a lifeboat. Many of these couples left everything to each other in their wills. That meant that the courts needed to decide some sticky estate planning issues, like which spouse died first.

There are several strategies to ensure that your estate is handled properly, if that happens to your intended beneficiaries. Motley Fool’s article, “Protect Your Estate Plan with a "Titanic" Clause,”explains that the simultaneous-death clause is designed for two people who are leaving some or all of their assets to each other. If both spouses die at once, or if it's impossible to determine which spouse died first, the clause kicks in and names one of them as the first to die.

This can be very important in estate planning in order to ensure the orderly dispersion of the assets of the one deemed to have died first. It may also reduce or even eliminate estate taxes. The simultaneous-death clause could dictate that the wife is deemed to have died first. As a result, her estate would be transferred to her husband's estate before it’s distributed. This dramatically reduces the amount of estate tax due.

Those couples who don't have the simultaneous-death clause in their wills and die simultaneously may be subject to the Uniform Simultaneous Death Act. This law says that when two people who are leaving any assets to each other die within a certain period of time (many states say 120 hours and others say 120 days), then it’s legally deemed that both members of the couple predeceased each other.

Estate planning attorneys will advise you to add another clause in your will that requires your beneficiaries to survive you for a minimum period of time before they can receive your assets, for example, six months. This can keep your assets from going through probate more than once in a relatively short time—and possibly having two estate tax hits with large estates.

Finally, there’s the "Armageddon," the "Titanic" or an "all dead" clause. This provision is a failsafe in case all of your primary and contingent beneficiaries die before receiving your assets. Under the “Titanic clause,” you designate a final beneficiary to receive all of your assets in the event that none of your previous beneficiaries lives to collect them. Many folks name a qualified charitable organization or another institution because the death of any single person can’t prevent an institution from receiving the assets.

The Titanic clause is not like the simultaneous-death clause because it covers all of your beneficiaries, instead of just primary ones. If you have your entire extended family listed as primary and contingent beneficiaries, and you all die at once, then the "Titanic" beneficiary would still be there to receive your assets and distribute them according to your wishes.

Speak with an experienced Estate Planning Attorney to be sure your planning is set up to work in a catastrophe, call 847-490-5330 today to schedule an appointment.